For a while there was this idea that music was the universal language. Our human languages may be mutually unintelligible but we could always enjoy each other’s music. Music is such an important part of our cultures that we even sent it out on the Voyager golden record.

But is it really as universal as we thought? Even hearing some of the songs in the golden record, they could sound beautiful yet alien to those of us accustomed to Western music, like this haunting Navajo chant:

And then consider how different everyone’s musical tastes can be, how they are shaped by teenage experience in particular. The kind of music we listen to as adolescents usually sticks with us for all time.

So how universal is music really? To get to the bottom of this we need to go to the fundamentals of music: melody, harmony and rhythm.

Music is made up of sound; consider a single note, which is a vibration at a constant frequency, or pitch. A melody is a sequence of such notes. But what pitches should these notes be? Why do we have things such as scales?

Well if you look at a string instrument, the vibrating string creates the sound. Halve the length of the string, and it creates a pitch that is exactly one octave up - it sounds very similar, but is a higher pitch. Play the string at 1/3 (or 2/3) the length, and we get a pitch corresponding to a perfect fifth. 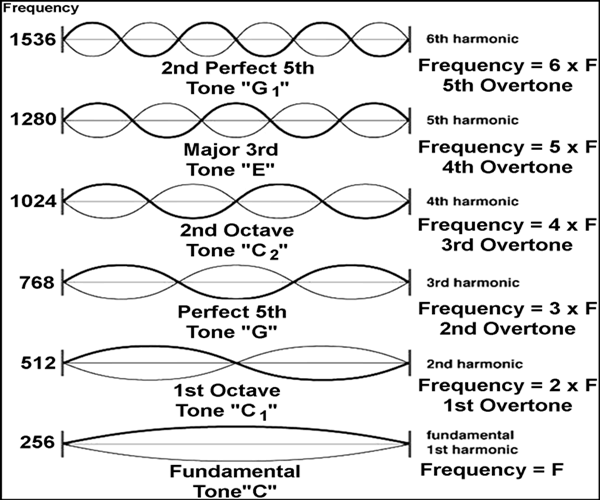 If we keep going, we’ll get the major third as well. These three notes comprise the major chord, a very harmonic and uplifting chord very commonly found in many styles of music, especially Western music. Ode to Joy in particular uses predominantly major chords in its main theme, and it’s a very powerful piece.

So that’s pretty cool - the major chord in fact has a mathematical basis, and since math is universal, the major chord is too. If we go further, we find that the pentatonic scale can also be constructed using just intonation, and this is a scale that’s very widely used, like in Eastern music, blues, and many of their descendants. 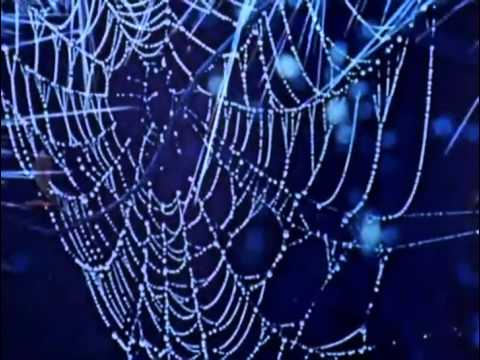 However if we keep going and look at further harmonics, we notice something odd. In Western music we use an equal temperament scale - that is, every tone is separated by the next by an equal ratio. This doesn’t happen with harmonics, where if you tried to construct a scale out of natural harmonics, some notes will sound slightly out of tune:

This was especially frustrating to the ancient Greeks, who were obsessed with perfect mathematical representations of reality. The Pythagorean scale, which is constructed completely out of the 3:2 ratio, is ever so slightly off compared to the equal temperament scale.

Although we’d like to think there’s something universal about the Western scales, in reality it does contain arbitrary elements. The Western scale is based on 12 equal interval semitones; look outside that system and we find ones like those used in gamelan music, made up of equal 5ths or 7ths:

Or various Middle Eastern scales, which use quarter tones:

Many listeners accustomed to Western music will find these dissonant, but there is nothing inherently dissonant about these, any more than Western music is inherently harmonious. The only thing notable about the Western scale is that it both incorporates equal temperament (12 semitones) and many of the pure intonations. 12 can be evenly divided by 2, 3, 4 and 6, which is quite a lot. But varying that, we could construct many alternate scales. There is no one perfect scale.

Let’s look at rhythm, since it seems there might be more universality there. The most basic rhythm is a steady beat, but at what frequency? Research shows the most popular kinds of music fall within the 120-130 beats per minute range, and this may have to do with the heart rate of a brisk walk. The most popular time signature - that is, how many beats per measure, or “bar” - is 2 or 4 beats. It seems no coincidence that this even number corresponds to the physical act of walking - tick, tock, tick tock; or left, right, left, right… the rhythm we prefer is tightly coupled to our physiology. So much so that our bodies actually want to sync up with the rhythm. Slow music soothes and relaxes us, whereas fast music gets us excited. A lot of other activities syncs up to this tempo, whether that’s walking pace, or even the speed of clapping. Our bodies have a natural rhythm, and that translates to our music.

We see more of this correspondence between our bodies and rhythm in music. Add elements like shuffling, swings, or syncopation, and a dancer is compelled to follow using more complex movements. Music played slightly ahead of the beat sounds eager; played slightly behind the beat and it sounds laid back.

This might be the case for humans, but it might apply for animals too. By varying the tones, pitch and rhythm to suit their physiology, we’ve seen that animals can respond to music too, but this music would sound incomprehensible to us, just as sounds that are too high or low pitched, too slow or too fast, would sound uninteresting. It seems there’s much truth to the slow-talking of the Ents.

So what the heck is music? It’s perhaps a bit of everything: something based on universal mathematical properties, but also with cultural variations analogous to our languages or even accents, and rooted in our unique physiology. It is a language but much more; universal, expressive, and fundamentally human.