…on time, every time.

I’ve been game jamming for many years, from physical jams like Global Game Jam and online ones like Ludum Dare, as a solo jammer and in teams, using lots of different engines and tools. Some games did really well, others not so much, but most were fun, and every one was a useful learning experience.

One of the toughest challenges in game jams is how to finish on time. Everyone tells you the same advice - keep your scope small, have a plan or schedule, be flexible, use the tools you know best, take breaks and sleep - and after a few jams this advice quickly becomes experience… but somehow we keep having trouble finishing on time! Making something in such a short timeframe is really tough.

But here’s the one trick that has worked really well for me: make something you’ve already made before.

I know; that sounds wrong! Aren’t you supposed to make something new and innovative! What about the jam theme, are you just going to ignore that? Hear me out.

Have you ever lost hours of work before - maybe you were writing an essay but your computer died, or writing some code and accidentally reverted the work? Oh no! you think; this is going to take me forever to redo!!!

But instead of hours, it takes only 10 minutes to restore.

Sure, it was tedious and painful, but it was finished before you knew it. How was it so easy?

Because the reason it took you hours the first time, is because you didn’t know what you were doing. It was completely new to you. The hard part, in any creative endeavour like writing code, creating art, composing music, was figuring out what to do in the first place. The execution part is quite simple. Once you’ve done it before, it’s fresh in your mind.

So here’s my advice for game jams: make something you’ve made before, finish it quickly, and then gradually change and polish it into your ideal jam game. The first part is easy, because you’ve done it before - that’s the point. You’ll have a finished game very early in the jam, and this is a big advantage - no rushing to get integration and builds working last-minute, no stressing out over menus or stitching game screens together. Then you iteratively improve the game - make a change, test it out, fix it, come up with new ideas - all the while having a working, finished game. It’s low stress, and very effective. 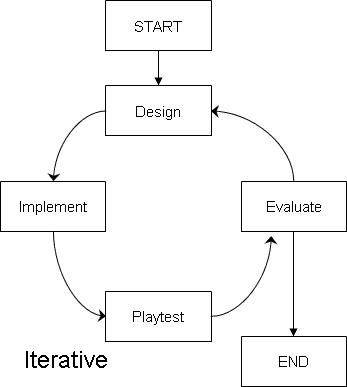 Suppose your idea is a platformer with a fun gimmick. But you’ve never made platformers before; you’re not even sure how to implement your gimmick! But you have made top-down shooters before. So just start with that! Build a top-down game, with a player running around the screen. Add walls and collision, rudimentary animation. Add some basic objectives, like collecting things, progressing to the next level, maybe a hazard so the player can die and go to a game over screen. That’s all there is for a basic, finished game, and it probably only took you half a day, because you’ve done it all before.

At this point things could go one of three ways:

To pull this off, you will need your basics covered. This will depend on your approach:

And that’s my two cents. I wish you good luck in your next game jamming adventure!